Time is limited, money is limited, and so is the creative juice that keeps you working on your game.  When you get into it, an idea can prove to be too big, too complex or too expensive when weighed against the other priorities in your life.

So quit while you’re ahead right? 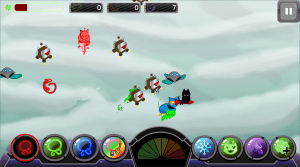 But you need to just release your games

As game designers and developers we’re told over and over that you have to finish your game.

Push them out in the world -  if a AAA studio can afford to be imperfect, then so can your one person show or small indie studio.

With the sheer number of connected gamers, someone will find you, someone will love your baby as much as you. There’s so much to be learned from releasing a game.

So do you just put it out there and hope for the best?

This series of articles will take you through the factors that the Cantankerous Games team looks at when we come to that finish or finished fork in the road.

We’re going to look at:

So let’s get on with it!

Who will play my game? (Your Audience)

Maybe you’ve seen a shift away from the genre your game is in, or your game has changed so much from the original prototype that you’re not sure who your audience is anymore.

Maybe there’s just formless doubt. The doubt happens. But you can give it form by asking the right questions:

Who are my players?

It’s an easy answer to say that, “everyone will play my game, it’s going to be awesome!”

Well hopefully that will be true for all of us, the better question may be, who is going to start playing my game, who is my core audience?

Your core audience are the people that get the adoption ball rolling, and will help players outside the core learn about your game. Their excitement and enthusiasm leads to organic discovery and helps build communities.

So when you’re evaluating your game, think about what experiences, features and mechanics will appeal to that core group of players. Identifying this will help clarify not only your gameplay, but inform your marketing as well.

For Cantankerous Games and Intergalactic Cat Rescue, our core are mobile arcade game players. We’ve done everything we can to create a instant carnival game experience that is quick but still satisfying. We’re also hoping that by sneaking in progression elements, we’re going to keep people playing, but more on that below.

Why are they going to play my game? 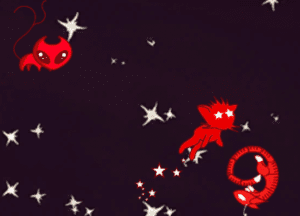 This is best answered with your core mechanics and hook. What is the elevator pitch for why people are going to play your game?

In Intergalactic Cat Rescue, the first title from Cantankerous Games, you rescue adorable space cats by circling them with coloured lassos, blast the aliens trying to steal them and use power-ups to keep up with an increasingly frantic pace.

So, the Intergalactic Cat Rescue audience is likely going to be players looking for a quick arcade hit and a few moments of fun during when they don’t have time for a longer game experience, but are still looking for a bit of fun.

Are they going to keep playing my game?

Whether or not, your game is free to play, if people keep playing it, your game stays top of mind and that’s how to continue to attract new players. It’s called stickiness in the marketing world, and involves keeping your content fresh and accessible.

So how do you do that with a game?

Consider what keeps your players thinking about your game when they’re not playing. Collectibles, online competition and progression are all great examples. You don’t need to build something complex or massive, but having that extra little something extra (even a high score table) can keep people coming back.

In addition to high scores, the Cantankerous Games team added a little something special for players who stick with Intergalactic Cat Rescue, in the form of an Easter Egg mechanic. We’ll talk about that more in a future article.

The takeaway though is, look at the things your game is already doing, and how you can tweak one or two of those to keep your players’ interest when they’re done playing.

In our next article we’ll explore who will talk about your game, and how to approach marketing. In the meantime, feel free to join our mailing list and keep up with the development of Intergalactic Cat Rescue and other projects by Cantankerous Games.